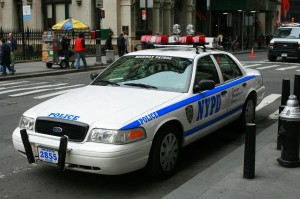 No, I’m not talking about the Eddie Money song, but rather police cars. Yep, police cars. Maybe I should explain: last week I was charged with figuring out some ways to improve Rocky Mount’s fleet management. Fleet management simply means administering, maintaining, and replacing the fleet of vehicles that the city uses. I am supposed to figure out how to make the fleet more efficient and come up with a replacement schedule and tracking method for city vehicles. When is the best time to replace a vehicle? Is it after a certain amount of years or miles? These are questions that I have been researching.

A large part of any municipality’s fleet is the police patrol cars. Currently, the Rocky Mount Police Department uses a motor pool to manage its patrol cars. This means that when officers go on duty, they drive their personal cars to the police department and sign out a patrol car to use while on duty. Now, think for a minute about how police patrol cars are used. They are always running (often idling) in case the officers get a call. When they get a call, the officers drive their patrol cars fast so they can respond as quickly as possible. As you probably know from personal experience, this kind of driving is not good for cars. With a motor pool system, police cars are subject to this kind of driving all day, every day. Thus, they tend to have very short lives. The RMPD does not keep any patrol car after it hits 100,000 miles.

An alternative to the motor pool system is an assigned vehicle program. In these programs, each officer is assigned a car and allowed to take it home with him every night (hence my reference to the Eddie Money song. By the way, did you know Eddie Money served as a police officer in New York before launching his musical career? For all its silliness, my reference is actually very appropriate!). My research has identified several advantages to take-home patrol cars:

As you can see, there are indeed many advantages to take-home cars. Although it does mean that the city would have to buy more cars, this can be done gradually. Plus, take-home cars make officers more productive. Typically cities require that police officers respond to any situation they see while driving their car, even if they are technically off-duty. Commuting police officers are also often required to respond to backup calls if they are nearby.