Home / Public Relations / FYI Columbia: A Chance to Leave My Footprint In the Sand

FYI Columbia: A Chance to Leave My Footprint In the Sand 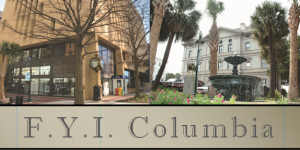 I recently assisted in creating FYI Columbia, a new newsletter for the City of Columbia. FYI Columbia differs from other correspondences the city uses; instead of enlightening the public of activities around the area, this newsletter will inform Columbia residents about policy, procedural, and operational changes.  It will explain reasons for the changes so that residents will understand how the modifications will enhance their lives.

Each week, FYI Columbia will offer one large, primary article and two smaller articles that discuss changes occurring throughout the city.  FYI Columbia’s first published story will discuss a recent decision to slightly increase the city’s water rates as a means of improving the water system.  After assessing the condition of the water system’s infrastructure, engineering experts determined that improvements are necessary to combat an aging system and increasing water main breaks.  As operating costs have also grown, the proceeds from the increased rates will pay for the growing costs and fund the system’s improvements.  The article will also include a table that compares the City of Columbia’s new water rates to the rates of similarly structured cities.  The table will reveal that, when compared to similar cities, Columbia’s new rates are typical.

I truly valued this experience because it provided me the chance to leave my footprint in the sand by contributing to a publication that will likely remain a vibrant source of news for the City of Columbia for years to come. In addition to the creative stimulation, I learned how to explain and structure critical information for the public’s consumption.  I also appreciated this assignment because I learned a great deal about water billing, distribution, and maintenance.  Public relations has introduced me to varying aspects of local government and I look forward to seeing what the remaining weeks of my internship will hold.