My hometown of Richburg, South Carolina was chosen by Giti Tire, an appropriately named tire manufacturing company, as the home for a $560 Million plant back in 2016. South Carolina Governor Henry McMaster called it a “game changer” at the plant’s opening late last fall; later in that same speech he promised that “the best is yet to come” (Quotes and full story can be found from this article from The Rock Hill Herald). The development is expected to bring thousands of jobs to town that had 263 people inside the town limits in 2016 (per the Census

Bureau).  The community that I grew up will likely be unrecognizable five years from the posting of this blog.

I open with this story of my rural hometown of Richburg to show that “growth” is what most every community is chasing after. Citizens want the expanded social services, more jobs, and improved infrastructure; businesses want to expand their capacities and their profitability; elected officials want to claim credit for economic booms and, well, get re-elected. Communities want to attract outside investment and skilled workers. Whether it is Richburg attracting Giti Tire or Wake County attracting Apple or Amazon, the premise end-goal is shockingly similar.

On a recent trip home, my parents were filling me in on all the news that I miss.  I tell you, I miss A LOT. Anyway, with my younger brother in the heart of his high school career, my mother gave me an update on new policies by the Chester County School District. Namely, this coming fall, our local elementary school is losing the 5th Grade to the Middle School because of incredible overcrowding in the elementary school.  I was STUNNED upon hearing this.  How is it that a community that graduates 90 students a year is having space issues in the schools? Well, it’s a similar reason that Wake County does: Growth.

The scales could not be further apart, but the problems are similar in Richburg and Wake County: Growth is not free. It stresses service delivery, it magnifies infrastructure problems, and it can exacerbate inequity.  It can cause overcrowding in schools and create affordable housing nightmares. There are no common solutions for these problems (i.e. Chester County School District is moving students around whereas Wake County Public School System is building new schools altogether), but I think it’s worth highlighting that the problems themselves are so similar.  Communities are always chasing the next big development, but there is a price to be paid for them.

Below are shots of Alston Ridge Middle School, several facilities dedicated to combat homelessness, as well as a shot of the Cree Shimmer Wall as a reminder that growth isn’t all bad. 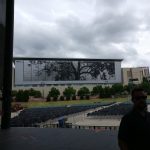 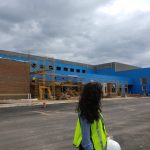 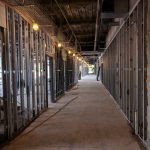 An earlier view of the back corridor of Alston Ridge 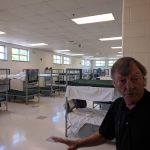 An inside look at one of the dorms at the South Wilmington Street Homeless Shelter. 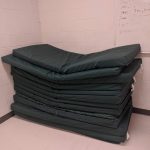 When it is at capacity, these mats serve as emergency beds for the South Wilmington Street Homeless Shelter 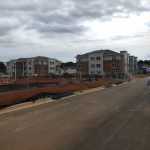 The Village at Washington Terrace. These apartments will be next door to Booker Park. In total the two will bring over 200 affordable housing units to Raleigh. 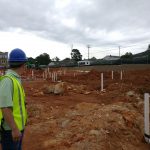 The future site of Booker Park, a new affordable housing facility for seniors in Wake County 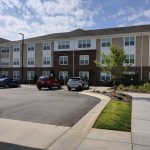 A shot of the exterior of Pennington Grove, a fantastic affordable living spaces for seniors in Wake.
Comments are closed.