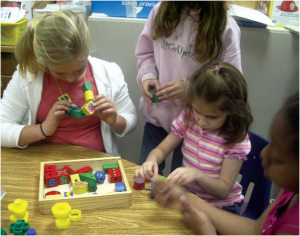 As I’ve been meeting and talking to actors in the education circuit, I’ve learned about topics that are not typically discussed within the modern context of public education.  Most recently, I met Sneha Shah Coltrane, who is the Academically/Intellectually Gifted consultant at DPI in my attempt to gather school-level data on academically or intellectually gifted students in the state. While she only had district-level data available, she spent some time sharing the importance of serving gifted children. In education discourse, academically gifted children are hardly mentioned in the same breath as underserved and disadvantaged students, but as I am finding through my research at DPI, while gifted students generally meet proficiency standards set by the states in which they reside, their academic growth, as indicated by tested subjects, can lag. That is, a gifted student may not achieve the same yearly growth as other students because they are not being challenged and may require a curriculum more suitable to their needs.  It will be interesting to examine how district and school transformation responds to the needs of AIG students. With the focus being heavily geared towards schools not meeting proficiency standards and sufficient graduation rates, there is fear that AIG students may be lost in the shuffle.

The state’s role in influencing local gifted programs is crucial, primarily because the federal No Child Left Behind Act of 2001 neither excludes nor includes gifted learners. Therefore, having state legislation to support gifted education initiatives is imperative. Article 9B states, “The General Assembly believes that public schools should challenge all students to aim for academic excellence.” This article captures the possibility of gifted children not reaching their full potential if they are not engaged by the learning process. My research team is working on three projects simultaneously, but it looks like we will indeed meet our deadlines. We are in the second phase of examining teacher working conditions in the context of district and school transformation, and virtual public schools is also coming along.